Made In Monty and Bishops Castle

About Made in Monty

A husband and wife team, (Richard and Val Padbury) recently re-located to Montgomery, Wales from The Ardnamurchan Peninsula, on the West coast of Scotland, where they designed and built their own house - Rockpool House.  They ran Rockpool House as an award winning B&B and Self Catering business, also running Bullen Crafts at Rockpool House from the workshop.

Previously Richard was a scenic artist at The Royal Shakespeare Theatre (32 years) and Val was an Independent Financial Adviser.  Richard is half Welsh both originate from the Midlands.

More than handmade!
Made In Monty
No comments 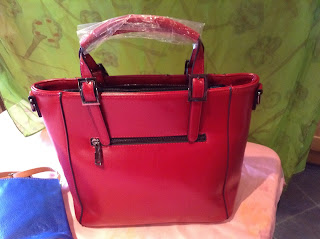 We have introduced a range of leather items to the shop in Bishops Castle, we have realised that we can only make so much and so the potential to increase sales is limited, unless we increase prices, which we do not want to do.  So we have Italian leather bags, a beautiful assortment of leather belts, purses, bracelets, key rings and wallets.  They have been on sale for a couple of weeks and we have already had to order more belts.
Read more

Print | Sitemap
© Made in Monty
Login